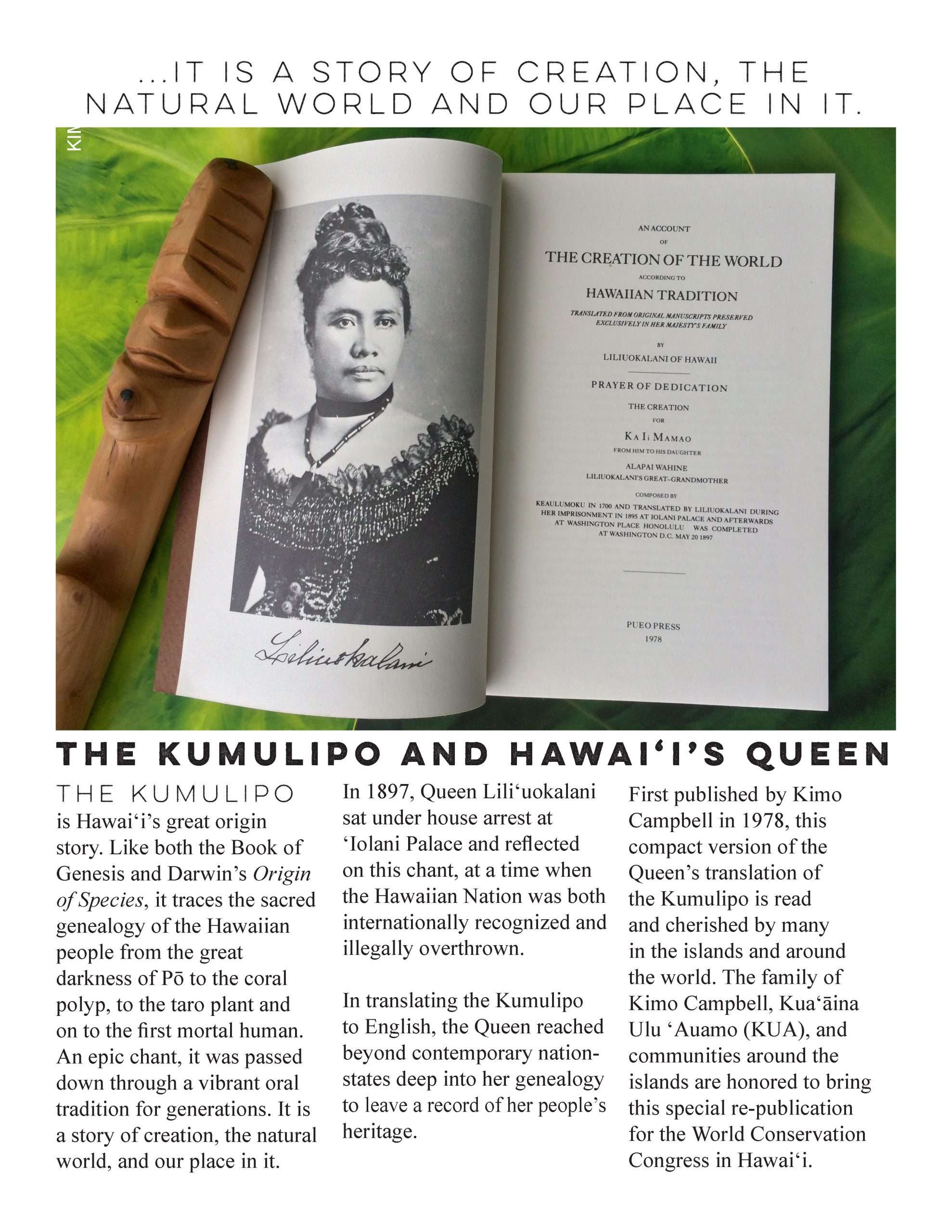 In 1897, the year Liliʻuokalani sat under house arrest at Iolani Palace and reflected on her ancestors’ words, the Hawaiian Nation was both internationally recognized and illegally overthrown. In translating a story of creation, the natural world and our place in it, the Queen reached beyond contemporary nation-states deep into her genealogy to leave a record of her people’s heritage that transcends political science.

First published by Kimo Campbell in 1978, this compact version of the Queen’s translation of the Kumulipo is cherished as a deep and symbolic narrative on Hawaiʻi’s history and origins. We re-published it in 2016 at the cusp of the World Conservation Congress (WCC) which convened in Honolulu, Hawaiʻi and now again in 2021, when delegates representing KUA and the E Alu Pū Network attended WCC held in Marseille, France. The foundations laid out in this sacred text were invoked by our delegates in several global dialogues on environmental care with indigenous and conservation communities from around the world. Kimo’s wish to tell the story continues.

Island communities like Hawaiʻi and its Pacific and Oceania ‘ohana (family) are beacons in an age of complex social and environmental change. This re-publication is a small way to contribute to this awareness and conversation. The name Hawaiʻi is no mere geographical or geological description, it should conjure a vision of a place, the people and the culture within it.

Ancient wisdom from across the world continues to remind us not to seek answers in a vacuum, not just in one way of knowing, but in humanity’s diversity and in the power of ordinary people to transform their circumstances.

As Queen Liliʻuokalani sets forth herein, her people are bound to their environment as family, from a small polyp to a big island, to a planet. From it we have descended and in time to it we will return. The Kumulipo, its text and its spirit carry on.