In May of 2019, over 100 kiaʻi loko and supporters gathered at the Waialua Church Pavilion on Molokaʻi for the 2019 Annual Gathering.  Hosted by Uncle Leimana Naki of Kahina Pohaku in Moanui, they shared knowledge, discussed, restored, built, and continued to set intentions for their mission: to empower a network of kiaʻi loko whose kuleana is to reactivate, restore, and cultivate loko iʻa guided by loko iʻa culture in pursuit of ʻāina momona for ʻohana and communities. Read more about it below…

Special Mahalo to our hosts, the Kauka Naki ʻOhana of Kahina Pōhaku, and all the 2019 gathering participants, communities, and ‘ohana of Hui Mālama Loko I‘a for giving your time, manaʻo, energy, commitment, and aloha.  View the 2019 HMLI Gathering Report: go.kuahawaii.org/hmli-2019-report

Building a fishpond, a hale, and a community: Molokaʻi kupuna pass on indigenous knowledge*

*A version of the below article was first published on June 17, 2019 by Honolulu Civil Beat under the title “Building A Fishpond, A Home, A Community“.

Living in Hawaiʻi can make one take the ocean for granted. Perhaps, for some, it is mainly an appealing backdrop to long morning commutes or a reminder to stock up on bottled water during hurricane season. But appreciation for the ocean is owed for much greater reasons.

The ocean feeds communities. It is a steady companion, and it is a sacred space—a way of being. 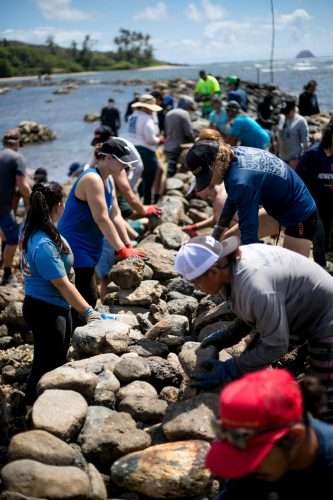 Kuaʻāina Ulu ʻAuamo (KUA) is a local non-profit that understands the integral relationship that individuals and communities have with their land and waters. Formed in 2012, KUA strives to support and empower communities to protect and care for their natural and cultural resources. The organization helps to build community networks and provides them with support and resources for community-organizing, advocacy, and policy-making.

One of the networks that KUA supports is the Hui Mālama Loko Iʻa which was started in 2004. Since 2013, KUA has coordinated and facilitated Hui gatherings for fishpond practitioners and organizations to share their knowledge of restoring and managing loko iʻa, traditional Hawaiian fishponds. Over 38 loko iʻa (fishponds) and complexes convene on different islands, hosted by different fishpond organizations, each year.

In May this year, around 100 kiaʻi loko–guardians or stewards of fishponds–and their supporters gathered at the Kahina Pōhaku loko iʻa on the eastern shore of Molokaʻi.

The gathering was hosted by Raymond Leimana Naki, a descendant of longtime kamaʻāina of the lands around Kahina Pōhaku.

With the support of his wife and children, “Uncle Leimana” has made the Kahina Pōhaku his home for over a decade. Outsiders might view him as eccentric, but Uncle Leimana has the wisdom, expertise, and knowledge of the place he calls home that very few people have. “They don’t make kanaka like him anymore,” is how one participant affectionately described Uncle Leimana.

For four days, the Hui bore witness to and learned from Uncle Leimana and each other. Participants worked from 7:30 a.m. until noon each day, rebuilding a section of the kuapā (fishpond wall) and making improvements to the surrounding grounds. The second half of each day was devoted to discussion, and the Hui engaged in dialogue on selected topics, such as education, the sharing of resources, and iʻa (the food and feeding aspect of loko iʻa). 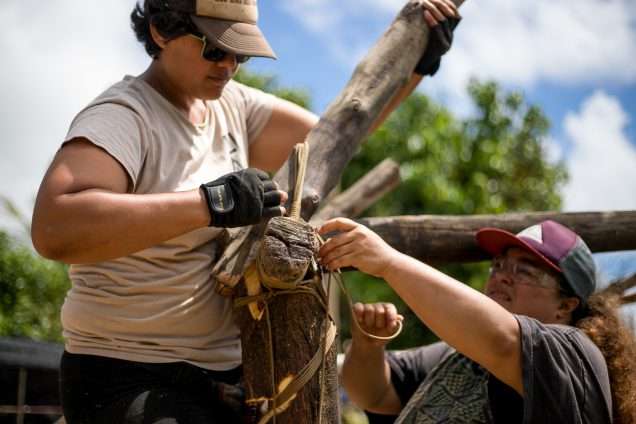 At the end of the four days, the Hui accomplished more than what most could within such a short time frame. Their efforts resulted in the restoration of about 120 linear feet of the fishpond wall, erected the framework for a new hale (building or house), and built a Portuguese-style above ground oven made from scavenged glass bottles and concrete. But more than that, the experience offered a space for growing and healing. The gathering concluded with participants taking away an abundance of ideas for ways to move forward.

The Molokaʻi experience and grassroots energy that it reflected and released was a strong reminder that to properly malama the land and the waters that give and sustain life, we must learn how to listen and learn from our kupuna. Because the key to ensuring a healthy planet for the future lies in drawing on the time-tested practices of those who have come before us. In June, as we celebrate what connects each and every one of us around the world—the oceans—this annual gathering of kiaʻi loko (fishpond guardians and caretakers) stands as a testament to the value of indigenous knowledge and the power of community. 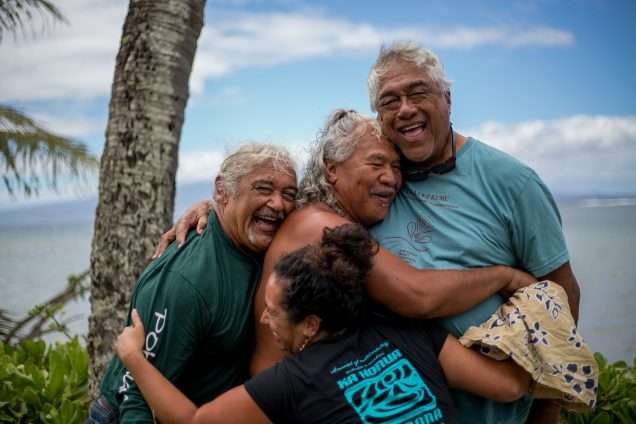 Since December 2008, the United Nations has officially recognized June 8 as World Oceans Day, and as in previous years, the White House declared June 2019 as National Ocean Month. June 5 was also World Environment Day.

Adriene Unpingco is a student at the Richardson School of Law, University of Hawaiʻi, Mānoa. Her focus is environmental law.