DOCARE stands for the Division of Conservation and Resources Enforcement its mission is to: effectively upholds the laws that serve to protect, conserve and manage Hawaiʻi’s unique and limited natural, cultural and historic resources held in public trust for current and future generations of visitors and the people of Hawai’i nei. More info can be found at: http://dlnr.hawaii.gov/docare/

Over 8 million visitors annually come to enjoy our environment, accounting for $14 billion a year in tourism, the largest single contributor (at 21%) to Hawaii’s economy.  The overall asset value of coral reefs in the main Hawaiian Islands is estimated at nearly $10 billion (Cesar and van Beukering 2004).  Just as importantly, our residents derive cultural, spiritual, and physical benefits from our natural environment, on which a value cannot be properly quantified.

And yet the Department of Land and Natural Resources (DLNR) receives less than 1% of the state’s annual budget.

Of this, the DLNR’s Division of Conservation and Resources Enforcement (DOCARE) receives a disconcertingly small amount of operating funds (totaling only $1.07MM last year), a grossly disproportionate amount when compared to the revenue generation of our natural resources, not accounting for their ecosystem services, cultural value, and countless other benefits to our residents.

This modest allocation equates to fewer than 100 DOCARE Officers in the entire state to patrol more than 3 million acres of marine waters (the 4th largest coastline in the US), and 1.3 million acres of state owned lands (including the 11th largest Forest Reserve system in the US).  For example, on populous Oahu there are just 42 DOCARE officers compared to over 2000 police officers.  If this is a reflection of how we value our natural resources, it’s a poor reflection indeed.

In part owing to our inadequate investment in enforcement, our natural resources are in decline.  Nearshore coastal fisheries continue to degrade, and many commercially harvested species are at 1% of their historical catch rates (Friedlander et al. 2014; McClenachan & Kittinger 2012).  Logically, we cannot expect to properly manage our natural resources if we cannot properly enforce the laws intended to protect them.

So while we recognize that DOCARE is doing their best, we can all see that it isn’t enough. And with limited resources the state doesn’t have the luxury of venturing into pilot projects to try out new ideas, where the promise of success may not be incentive enough when considered against the gamble of using precious, limited state funds.

Recognizing this, in partnership with Conservation International, The Harold Castle Foundation invested in a DOCARE pilot program on Maui that developed a dedicated marine patrol and community liaising approach focused on patrolling a specific stretch of Maui’s coastline.  Since the pilot’s inception, officers and community volunteers have become a regular, dependable field presence, developing positive relationships with communities and fishers of the area.  Appropriately named to reflect the priority on both community engagement and an ocean emphasis, the Community Fisheries Enforcement Unit (CFEU) pilot program has produced user compliance consistently hovering at or near the 100% mark since it’s deployment.  Based on this success, DOCARE is now positioned to expand the pilot to Big Island, Kaua‘i, and O‘ahu.  For a firsthand look at the CFEU program and its effectiveness, view this video: https://www.youtube.com/watch?v=1wrpq1nwsn0.

Is this the entire solution?  Not nearly, but it’s an important part of it.

The ocean was the nursery for our culture.  And today still, it almost completely defines our way of life.  It is an enormous driver for our economy. And yet, only a fraction of our State budget goes to taking care of it. It is a difficult problem, but also a very understandable one.  In the face of many enormous needs in the state and not nearly enough funds to address them all, we are left only to do the best with what little we have. And we have great admiration the folks at DOCARE for doing just that.

Nevertheless, we constantly hear from fishers, and we are certain our elected officials also hear the same from their constituents, that there is no point in creating new laws if the existing ones cannot be enforced.  Restoring DOCARE’s capacity and building on early successes such as those of the CFEU pilot, is the single, most direct, and best solution to this problem.  And restoring their budget is a critical first step toward improved natural resources, protecting the very foundation of our cultural, physical, and financial wellbeing. 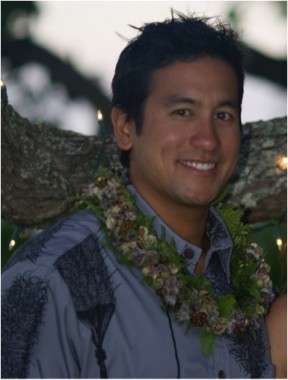 This article was originally published on the Harold K.L Castle Foundation’s blog.